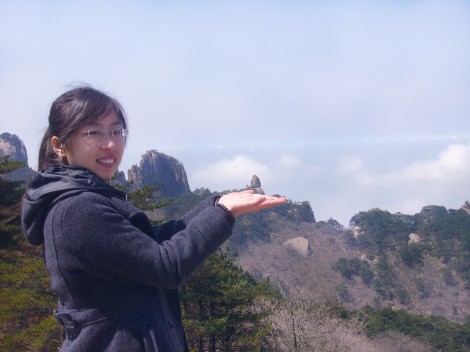 Nowadays, future predictions of climate and sea-level changes based on the quantification of the natural variability of the Earth’s past climate system is becoming increasingly crucial and requires long term, geographically distributed records of key climate indicators including temperature and precipitation. Unfortunately, instrumental records of environmental variables are typically restricted to the latter one-half of the 20th century and even fewer oceanic measurements exist to meet this requirement. High resolution, multi-century marine proxy based climate records are required urgently. Tropical reef building corals in particular may provide the most critical proxy archives as they address two significant needs: 1) recent, pre-industrial archives (i.e., the Holocene epoch), and 2) archives that capture climate drivers in the tropical oceans.

As corals are widely distributed in the shallow-water tropical oceans, can be dated precisely and contain several geochemical tracers in their skeletons, they are especially useful for palaeoceanographic studies. The geochemical composition of the coral skeleton is used to reconstruct records of palaeo-phenomena, such as SST, salinity, winds and upwelling, ocean mixing and river discharge histories. Moreover, corals may record the ambient environment with an annual, seasonal or even finer time resolution, whereas other palaeoceanographic recorders such as planktonic foraminiferal assemblages generally do not produce records with similar time resolution. Taking all these in to consideration, a geochemical measurement on well preserved drilling skeletal coral cores is necessary, and Intergrated Ocean Drilling Program (IODP) Expedition 325 cores seem one of the best candidates.

This research includes three objectives: 1) reconstructing the climatic and relevant conditions, like sea-surface temperature (SST) and sea surface salinity (SSS), for the last 30 ka, which is the time coverage of IODP Expedition 325 cores; 2) define the major, abrupt environmental changes documented by skeletal corals, and figure out the reasons; 3) explain the reasons for repeated coral growth and demise using geochemical proxies. These are also part of the scientific objectives of IODP Expedition 325.

Therefore, geochemical proxies including element/Ca ratios, rare earth elements and Y (REY), stable and radiogenic isotopic systematic systems of skeletal corals (some microbialite samples may also be measured as a supplement) from IODP Expedition 325 are employed to achieve these goals, which will be explained in detail in the following parts. Hopefully, these geochemical researches along with the previous excellent dating, sedimentary, geophysical, etc. work will contribute to the reconstruction of the paleoclimatic changes across the Great Barrier Reef (GBR) over the past 30 thousand years and coral response to these variations.