Join us next week for a presentation by Dr Shari Gallop from Macquarie University on the physical impacts of reefs at multiple scales.

In additional to laying the framework and being the primary control on coastal geomorphology, geological structures play a key role in contemporary coastal morphodynamics. Coral and rock reefs have an important influence on coastal hydrodynamics, shore and dune stability, and erosion/accretion processes. This presentation summarizes Dr Gallop’s recent research on physical impacts of reefs on the coast at multiple scales: from hours/days during a storm on beach perched on calcarenite limestone in Perth, Western Australia; to 1000’s of km on the Great Barrier Reef. Reefs play an important role in wave dissipation at all scales, but they can also generate localized erosion hotspots by constricting current jets, that can increase erosion and inhibit beach recovery after erosive events.

BIO: Dr Shari Gallop is a coastal morphologist and oceanographer, and joined the Department of Environmental Sciences, Macquarie University in 2015. Previously, she was a research fellow in Ocean and Earth Science, University of Southampton, UK. She did her PhD at the University of Western Australia, and Master of Science (1st Class Honours) and Bachelor of Science at the University of Waikato, New Zealand. She was also a founder and on the committee for Women in Coastal Geoscience and Engineering.

Dr Shari Gallop is a Lecturer in Environmental Sciences at Macquarie University. Her research aims to understand how the coast responds to drives, including oceanic, atmospheric, and human-drivers. She is mainly interested in coastal morphodynamics (particularly beaches) and coastal physical oceanography.Key research areas include: impacts of reefs on waves, currents and beach stability; rip currents dynamics; and new research areas include sediment transport on estuarine and boulder beaches. 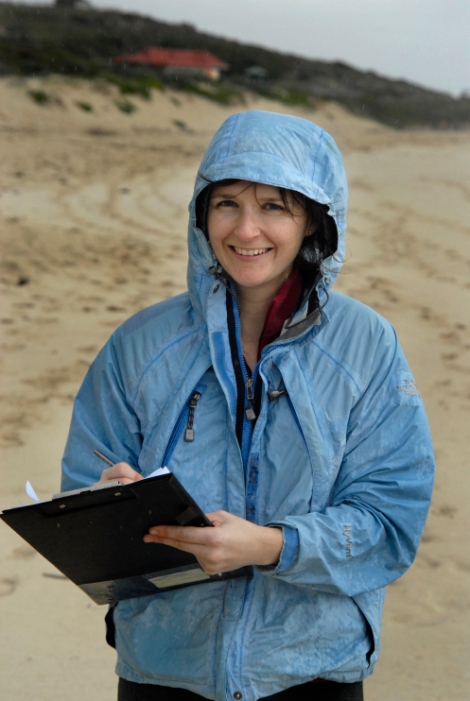