WHEN: 11 am, Tuesday 2 August, 2016
WHERE: Conference Room (449), Madsen Building (F09)
Next week we are fortunate to have Assistant Professor Alistair Sponsel visiting from Vanderbilt University, USA. Dr Sponsel is a historian of modern science with a special interest in the history of geographical exploration and the physical and earth sciences. His current research focuses on Charles Darwin’s early career and on the history of coral reef science.
He will give us a presentation entitled “An amphibious being: Charles Darwin’s debt to marine science”

“Charles Darwin’s success in science has often been traced to the opportunity presented by his voyage around the world on the British naval surveying ship H.M.S. Beagle from 1831-1836. Indeed, Darwin himself wrote that “The voyage of the Beagle has been by far the most important event in my life and has determined my whole career.” What exactly was the opportunity that the voyage presented to a young and ambitious naturalist? The usual answer is that it allowed him to compare the animals, plants, and fossils of a series of islands and continents he visited during the course of five years. I argue, however, that the manner in which he did that famous work was the consequence of his exposure to a set of maritime practices used by the ship’s hydrographic surveyors. Darwin developed an amphibious approach to natural history that was as consequential as it was innovative, for it provided the basis for both his theory of coral reef formation and his evolutionary theory.” 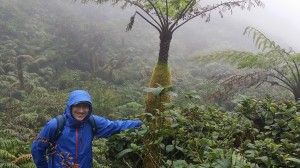