Kelsey and Madhavi recently finished up two weeks of intensive core logging at Geoscience Australia. We went there to revisit reef cores from all across the Great Barrier Reef, drilled by Peter Davies and John Marshall in the 70’s-80’s.  Although these cores were recovered a while ago, we will be the first to produce detailed sedimentary logs and refine reef growth chronology, as we investigate the evolution of the Pleistocene reef and the Holocene initiation. We were joined by GRG collaborator Mardi McNeil, from QUT, who is focused on examining Halimeda bioherms. It was quite an experience to dig through bags of samples which probably hadn’t been opened in decades (judging by the rusty ties), but we were all able to sample some great material. Thanks to everyone at GA who helped us out by tracking down the cores, providing us with all the resources we needed, and letting us rummage through many boxes of old core logs! 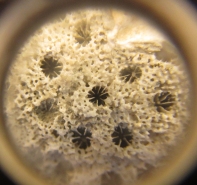 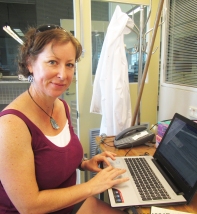 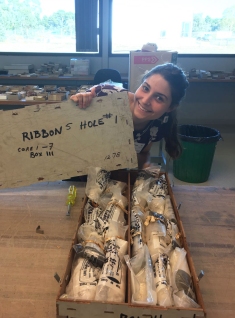 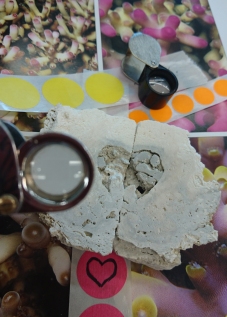