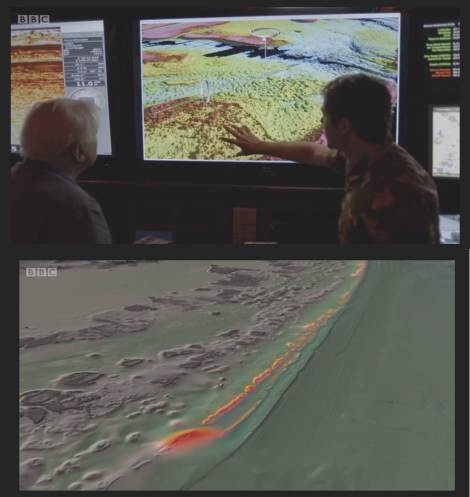 A few nights ago I finally sat to watch the new BBC documentary on the Great Barrier Reef. Three episodes, all amazing, with great images of the reef and very cool animations. The documentary highlights many aspects of the reef that are currently being investigated by our awesome GRG and their many collaborators.

It was a pleasant surprise to see our very own Dr. Robin Beaman (James Cook University) on TV explaining the early history of the GBR to David Attenborough, using his very colourful bathymetric datasets. One of the study areas of my PhD, Hydrographers Passage, off the coast of Mackay, also made a starring appearance for a few seconds! Part of the message is something that might seem obvious to reef scientists, but that can be rather puzzling to the general public: that studying the reefs’ past is key to understand their future.

I highly recommend the three episodes of the documentary, especially if you are, like me, resisting another European winter! A taste of the tropics, at least on a screen, is always soothing.

Well done Rob, keep communicating our science to the world!